Last Wednesday, Security Officer Abdinisir Elmi, along with colleagues and supporters, entered the offices of Security Industry Specialists (SIS)—the company contracted by Amazon to protect its sprawling tech campus--to confront the company regarding unfair treatment of its security guards. 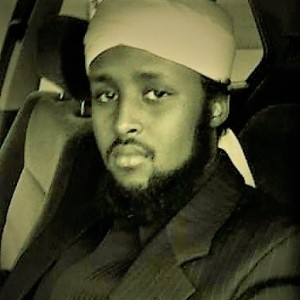 Elmi has worked as a security officer at SIS since 2012. He’s good at his job, and knows the ins-and-outs of keeping the tech giant safe. Despite his experience, Elmi hasn’t seen a raise in five years. He has seen, however, coworkers being treated with disrespect, favoritism and unfair religious practices in the workplace.

“When I first started working at SIS, I saw one of my Muslim coworkers inform the supervisor that he was going to take his 10 minute break and pray. The supervisor pushed back, and this co-worker was written up for insubordination. It taught me that it was not okay to be religious at SIS. And to this day, I keep my faith a secret,” Elmi said.

While a large number of SIS security officers who work at Amazon are Muslim, Elmi doesn’t think there are any Muslims among SIS top management—which he believes could be a contributing factor to the lack of respect and accommodation some Muslim officers face.

At one point, supervisors scheduled a training on terrorism during Ramadan, which Elmi says created tension between Muslim and non-Muslim officers. For some of the Muslim workers, the timing felt confrontational, and it was not the first time they’d felt disrespected during a Muslim holiday.

“One year, during a big Muslim holiday, we were in a meeting when one of the supervisors announced to everyone that, because of this holiday, “A lot of positions are going to be open today, so you guys aren’t going to get the breaks you normally get—you’re only going to get lunches. So if you’re mad, don’t blame us, blame the Muslims.”

Elmi is part of a brave group of officers who have decided to speak up about lack of cost of living raises, unfair religious policies, and general lack of respect at SIS.

In February, the group held a Pray-In on Amazon’s campus to call attention to the issue of SIS officers not having reasonable space to pray. Amazon’s own workforce has prayer accommodations for tech workers, but this has not been extended to the contracted workforce at SIS.

After receiving no response from SIS, the group held a rally for better jobs at Amazon on March 31. This time, Elmi contributed his photo and a quote to use in posters at the rally. He wanted to speak up for the officers’ right to form a union, knowing that workers coming together has the potential to make things better for everybody.

“I didn’t want other people to go through what I had been through,” Elmi said.

Soon after the rally, Elmi believes his boss saw his photograph on social media. And then he got a notice of disciplinary actions focused on days he’d called out sick—even though he followed the exact SIS protocol for using his sick time, including following Seattle’s sick time ordinance—which in 2015, SIS settled charges with the city of Seattle over complaints of violating the sick time law at the tech campus.

“I felt like I was being targeted,” he said. “Which was frustrating, after I’ve been there so many years going above and beyond.”

Retaliating against workers for speaking up and participating in union events is against the law. And SIS has been accused of such actions in the past.

In response to this, Elmi—with co-workers and supporters—decided to visit SIS to let them know that not only is this retaliation illegal, it is  unacceptable behavior for the company to engage in.

When the group asked to speak to management in hopes of resolving these problems, a member of the human resources department decided to film the officers with his mobile phone—which is often considered illegal behavior by the National Labor Relations Board.

And on May 1, SIS officers will continue to voice their concerns as part of Seattle’s May Day March. In the tradition of workers speaking out for justice throughout the world, and in solidarity with immigrant rights supporters demonstrating for the protection of their families, SIS officers will once again call on Amazon to hold their contractors accountable and create a fair path for workers to join a union.

And they won’t be alone. On May Day Seattle faith leaders will deliver a strongly worded letter directly to Amazon calling on them to hold SIS accountable. The letter asks for immediate assertive steps be taken to resolve the unfair religious situation and to ensure all workers at Amazon are treated equally.

The letter is signed by community pillars such as the Council on American-Islamic Relations (CAIR), ABU BAKR Islamic Center in Seattle, Faith Action Network, One America and more.

“This isn’t going to stop me from speaking up to make things better,” Elmi said. “I know the work we do as security officers deserves to be respected with fair wages and a respectful workplace.”

Take a second and tell Amazon to hold their contractors accountable at: http://bit.ly/AmazonDoBetter