Milgo Sharif loved her job as a security officer. The best part of each day was working with the team of guards in charge of protecting the world famous company—Amazon.

For two and half years she filled almost every security post there was at the tech campus while working for a company called Security Industry Specialists (SIS). Amazon hired SIS to protect the people and property at their headquarters in downtown Seattle. 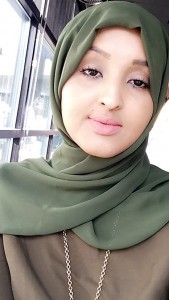 Despite loving the job and the team, there were problems. “I’ve never felt so much disrespect by a company before. Working for SIS was a really bad experience for me,” Sharif said.

SIS has come under scrutiny for its conduct with its security workers. Employees report that the workforce of more than 800 officers employed by SIS at Amazon HQ have not seen a cost of living raise in over four years. In 2015 there was a federal investigation where SIS settled allegations that it interfered with officers’ rights to form a union at Amazon headquarters. In addition, SIS settled charges with the city of Seattle over complaints of violating the city’s sick time law at the tech campus.

For Sharif, she experienced this first hand. In the two and half years she worked there she never received a wage increase. She’s a single mom and it was hard to get by as the cost of everything went up, but not her pay. It was a struggle.

And when her young daughter of less than a year got sick, Sharif had to call-in to take a sick day. Despite explaining this to management, SIS wrote her up. “I couldn’t believe it. Daycare centers won’t accept a sick child, I had no choice but to call-in so I could care for my baby. And they disciplined me for that. I had a perfect record,” she said.

She remembers a car accident she was in. Her back and neck were badly injured. Her doctor did not want her back at work yet, but SIS did not accept that. “SIS emailed me and basically said if I didn’t come back in for my shift, they would terminate me. Even though I was in treatment for my injuries and the doctor didn’t want me working yet,” she said.

She was so upset with how SIS handled the situation, she decided to quit and focus on her second job at a medical clinic. “SIS does not value humanity. They do not treat employees well. It’s just terrible,” she said.

Through office visits, marches, rallies, phone calls and emails---SIS officers and supporters have called on Amazon to step in and hold SIS accountable and provide guards a fair path to form a union. To date, there has been no response.