Ifrah Elmi spends her nights cleaning for one of the most successful retail companies in the world, Amazon headquarters in downtown Seattle. “Its hard work—vacuuming and mopping all the conference rooms and kitchens,” she says. The campus is huge and it’s a lot to cover. “Your legs and feet swell from moving so much, and if you aren’t careful, you can get yourself sick.” 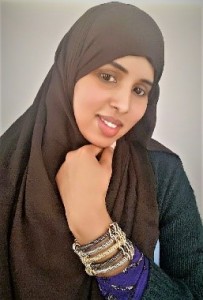 While cleaning the tech giant, she is directly employed by ABM Industries, a janitorial service company contracted by Amazon. At the site, Elmi and her co-workers belong to SEIU6, the local union of cleaners and service workers fighting to improve wages, benefits, and working conditions. “The best part in belonging to a union is that folks have my back. I don’t have to worry. If there’s a problem at Amazon, we have procedures to fix them,” she says.

While at work, Elmi has a chance to interact and listen to the struggles of the non-union security officers who protect the people and property at Amazon. Like the cleaning service, Amazon contracts an outside company to guard its campus. Which means more than 800 non-union officers work directly for Security Industry Specialists (SIS), a California-based security company.

SIS has come under fire recently for its treatment of security officers--including a 2015 federal investigation where SIS settled allegations that it interfered with officers’ rights to form a union at Amazon HQ and settled charges with the city of Seattle over complaints of violating the city’s sick time law at the tech campus.

On top of this, SIS officers say they have not seen a pay raise in more than four years and face poor working conditions including favoritism, and most recently, allegations of unfair treatment around race and religious practices. They’ve reached out to SIS and Amazon to address these concerns--through office visits, emails and a petition calling for wage increases and a fair process to unionize signed by over 300 guards. But nothing has changed.

“These officers need to join our union. We can stick together and take care of each other.” she says. “And Amazon needs to step in and hold their contractors accountable. They need to do that now.” And she means it.

Elmi is that co-worker that goes the extra mile to make sure everyone is okay. In fact, every morning she drives an extra hour around Seattle picking up four of her co-workers to make sure they all get to work on time. And after work, she takes another hour to drop them all off at home. Even if she’s not feeling well, she will push herself to go to work anyway, just to make sure they all have a ride.

She’s glad SIS officers are standing up for themselves too. “Seattle is very expensive,” she says. “We need stick together in a strong union and make sure we have the pay and respect we deserve.”

If things do not get resolved, SIS officers are preparing for a Good Jobs for Amazon Service Workers rally to be held at 2pm on March 31st at 410 Terry Ave North.