Gia Shepard is a long way from home. Born and raised in Brooklyn, she found herself moving 3,000 miles away to help her family out in Seattle. She is the oldest of eight sisters and brothers, and when her mom passed a year ago, Gia picked up and traveled across the country to care for them. 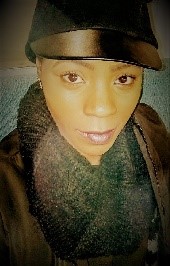 She settled in right away as the assistant manager at a retail store, a continuation of her work in New York. She quickly found out how expensive it was to live in the area.

She had to get a second job. “I just needed more money to help my siblings out. With rent, bills and the high cost of living, I couldn’t make it on one paycheck,” she said.

That’s how she found work in security. She kept her day job in retail and started working nights for STAR Security.

Until recently, Gia protected one of the most successful tech companies in the world. Contracted by a property management company, her job was to patrol the perimeters of Amazon’s sprawling campus. “To me, security is learning about all your surroundings and taking leadership to ensure everything is ok and people are safe,” she said.

Along with hundreds of her STAR co-workers, she belonged to SEIU6 in Seattle and a growing nation-wide movement of 50,000 security officers who are part of SEIU’s Stand for Security campaign—an effort to improve training and working conditions. “Having a union at my job made a huge difference,” she said. “It helped with communication between officers and management.”

With guaranteed wage increases every year, job protections, and paid vacation--Gia was able to quit her retail job and went back to school. “I think all officers should have a union. There was a good training program and I continued my education with company-paid classes,” she said.

At that job site, Gia worked side by side with about 800 non-union officers who protect the interior of Amazon’s campus and work for a different company--Security Industry Specialists (SIS). Despite the close proximity and carrying out similar duties, the working conditions were very different. Officers employed by SIS claim they have not seen raises in four years. They recently presented SIS with a petition signed by more than 300 guards calling for pay increases and a fair process to form a union with SEIU6.

This was a direct response to a 2015 federal investigation where SIS settled allegations that it interfered with these same officers’ rights to form a union at Amazon HQ. In addition, SIS settled charges with the city of Seattle over complaints of violating the city’s sick time law at the tech campus. **“**I think these officers should be able to join with SEIU6. A strong union helps everyone and could go a long way to solving these problems,” Gia said.

Asked what she thinks the next few years will bring**—“I want to keep growing in all areas of my life. I want security officers to be paid more and to push for that in the next round of negotiations with the companies,” she said. “Seattle is expensive. And now that I live here, I better buy some quality rain gear.”**