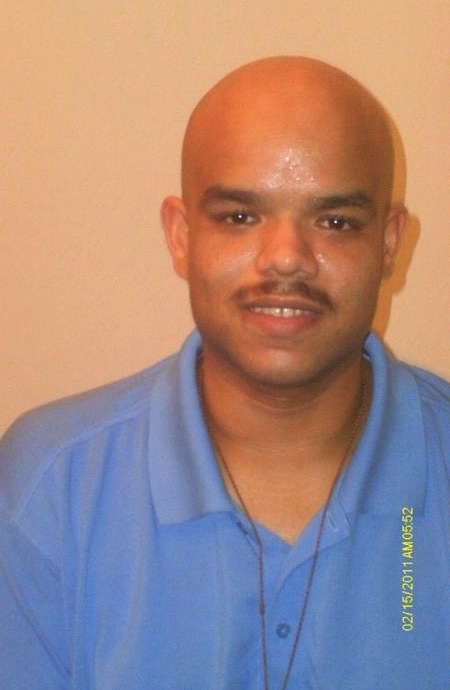 Joshua Rojas works the overnight shift at the Harris County Probation Office in Houston, Texas as a security officer. His role is vital -- he monitors the front entrance, watching everyone who enters and leaves the building, including prisoners who are turning themselves in.

In spite of the important role Joshua plays in keeping Houston safe, he is currently paid less $17,000 a year by his employer, a private security company. On a salary barely above the poverty level for a family of two, Joshua supports himself and his ill mother.

"My mother came to Houston from New York a year ago. She was homeless. I struggle to pay my monthly bills and take care of both her and myself," Joshua says. Joshua's mother suffers from seizures and, over the past year, has had four different surgeries. She is constantly in and out of hospitals. Her seizures require regular medication, and Joshua struggles to buy her medicine every month.

"Right now, my mom can't take care of herself," Joshua says. "I'm the only one providing for her, making sure she has food, medicine and shelter. But I'm having a hard time providing for myself."

Neither Joshua nor his mother have health insurance and have to rely on Houston's already burdened public system for medical coverage. Like many other safety net programs, this system is strained because private companies are shifting their responsibility of employee health care to taxpayers.

Joshua also did not get a raise that he had earned from his employer. The company committed to give Joshua this raise after a 90 day probation period was over, but like many of his fellow employees, his raise was denied.

Joshua is working with his co-workers to form a union in hopes of finally getting good health insurance and benefits for all security officers. He believes that by securing good jobs with benefits, officers can provide better security in Houston, and people can feel stable in their lives.

"Right now, people feel trapped. They don't know what's going to happen tomorrow. It's a day-by-day kind of existence. Forming a union can change all of that."